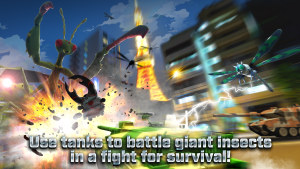 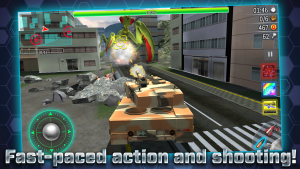 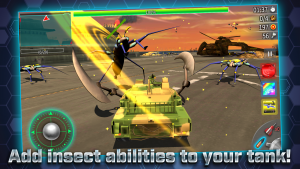 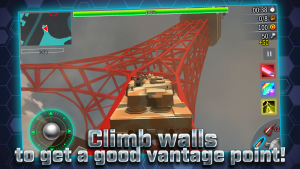 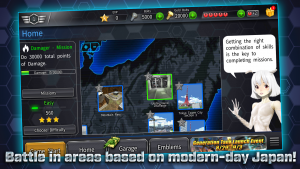 Note: Mission One provided software development services for this game.

It’s tanks vs giant insects in a battle for control of the world!

Generation Tank puts you in command of a modern combat tank as you battle against swarms of massive bugs. Based on the new hit manga of the same name, you are thrust into post-apocalyptic Japan, where a devastating virus has decimated the human population, and the world has been overrun by enormous mutant insects. Humankind’s only hope against the horde is a bit of brains, a lot of ammo, and 60 tons of pure armored retribution.

In Generation Tank, you’ll go where no other tank has gone before. By capturing insects, you gain their unique powers. Tanks in this game can jump, hover, climb walls, and even fly! It’s a wild, frenetic arcade-style shooter that will change the way you think about tanks forever.

Soldier up and join the new generation — Generation Tank!

– Intense, over-the-top arcade shooting action, with a variety of stages, skills, tanks, and difficulty levels.
– Over 35 different insects (each with unique skills) to battle and collect, with more on the way.
– Earn military medals, ribbons, and prizes as you participate in global events.
– Music and sound by Metal Gear Solid series composer Norihiko Hibino.
– Based on the hit manga published by Kodansha, supervised by Masaya Hokazono.